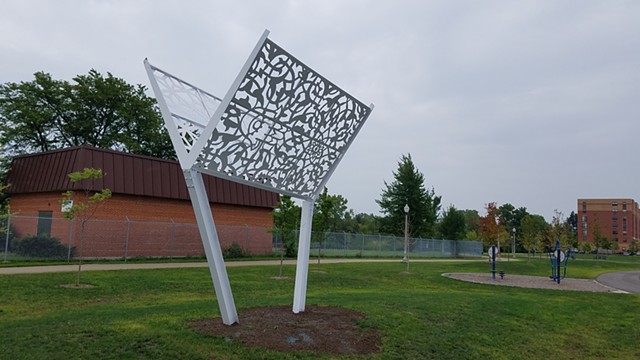 Screen Cloud features two large patterns of Middle Eastern origin. The patterns open toward the sky as if taking flight. The two-side sculpture holds a large floral pattern on one side and a more geometric pattern on the opposite side. The floral pattern has a symbol inserted known as Hamsa. The Hamsa symbol is an open hand with an eye placed centrally. Known as the "evil eye" or Hand of God,, this hand symbol repels evil, protects and empowers its owner. The patterns and symbolism here would be recognized by local community members who have roots in the Middle East, Islam, and North Africa.